Sweeping under the carpet, 2019

seeing and seeing yourself, 2016 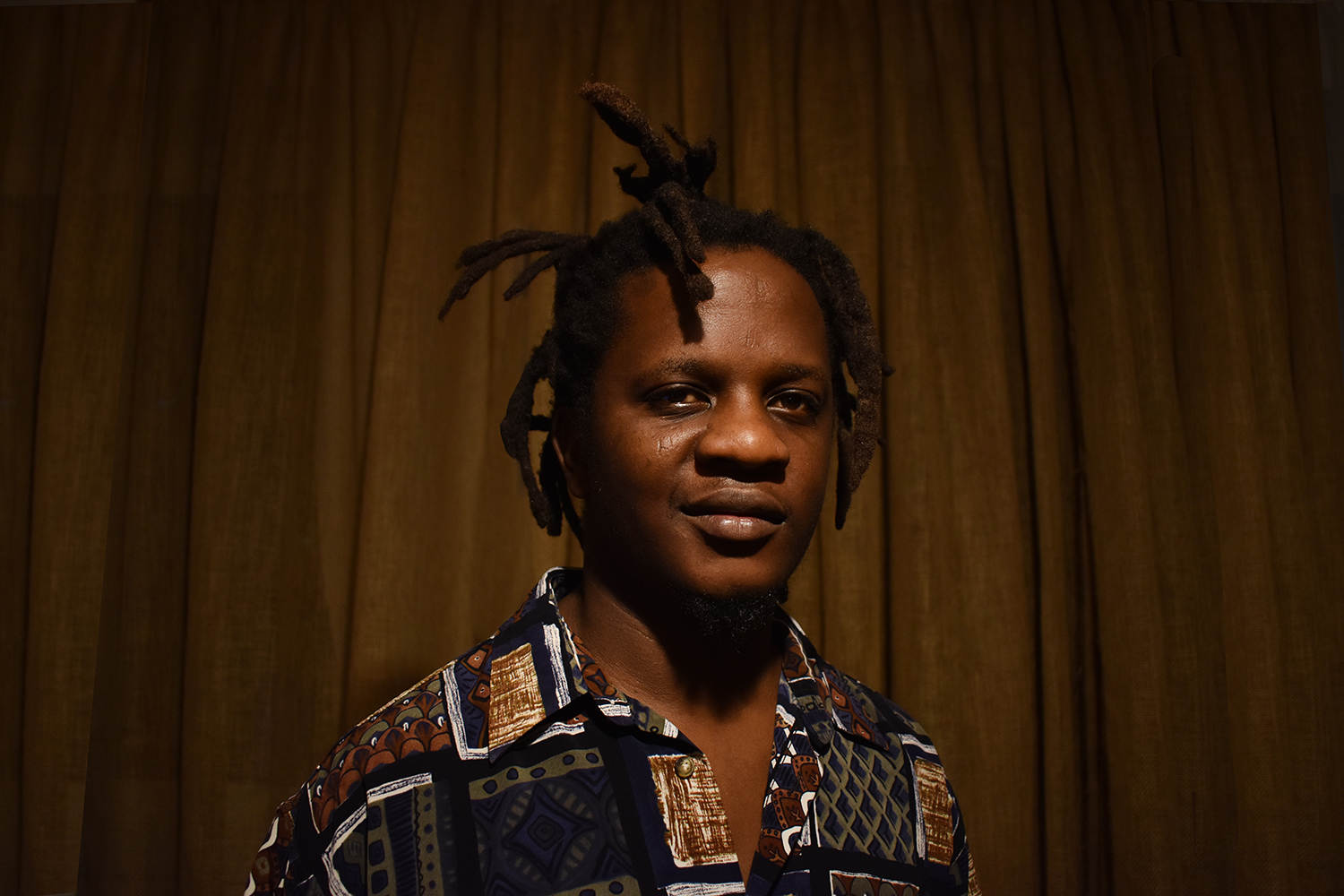 Terrence Musekiwa comes from a long line of sculptors. He started carving stone at the age of five, at first helping his father, Kennedy Musekiwa, and later moving away from traditional aesthetics. He breaks the divide between traditional and contemporary. While each work begins with the familiar toil of shaping the stone, works are then fused with a myriad of found and industrial objects. His visual language wrestles with convention to simultaneously challenge and pay homage to Zimbabwean tradition. His conceptual vernacular introduces a dialogue about present-day Zimbabwe, its mechanics, politics, micro and macro trade systems, hardships and a quality of magic that permeates the personal lives of its inhabitants.

Solo exhibitions include Standing on a line, not being on either side (2017) and Coming From Where We Are Going (2019), both at Catinca Tabacaru New York; and A House in A House at hFACTOR in Lagos, Nigeria (2019). In addition, he has been included in exhibitions internationally by public and private institutions in London, Amsterdam, Paris, Mantta, Utrecht, L’Isle-sur-la-Sorgue, Tel Aviv, Miami, New York, Mexico City, and Harare. His work has been acquired into the permanent collections of The National Gallery of Zimbabwe, Villa Datris Foundation in France, and the US Department of State. In 2022, Musekiwa will represent Zimbabwe in the 59th Venice Biennial, and will be included in the 14th Dakar Biennale.

BORN 1990, CHITUNGWIZA, ZIMBABWE
LIVES AND WORKS BETWEEN HARARE AND BUCHAREST

A House in A House, hFACTOR, Lagos Island, Nigeria
Coming From Where We Are Going, Catinca Tabacaru Gallery, New York

Standing on a line, not being on either side, Catinca Tabacaru Gallery, New York
The Guardian and The Builder (with Justin Orvis Steimer), CTG Harare

Terrence Musekiwa in The Herald, Zimbabwe
“Among the four artists who will represent the country at the 59th Venice Biennale, the most prestigious cultural and creative industries’ global event, is Terrence Musekiwa.”
3.30.2021

Terrence Musekiwa in Culture Type
“Four artists have been selected to represent Zimbabwe at the 59th Venice Biennale in 2022…”
3.22.2021

Terrence Musekiwa in Artistikrezo.com
“Terrence Musekiwa uses golf clubs to create two snakes about to strike or run away (Chinyoka muvhu) for the exhibition Bêtes de scène in Paris.”
10.4.2020

Terrence Musekiwa in Hyperallergic
“Terrence Musekiwa titled kumusha ndekupi/where is home? (2019) throws that reality into sharp relief. Among other found materials, Musekiwa incorporated the bright blue tarps that were meant to serve as temporary covers for buildings damaged by Hurricane Maria”
11.28.2019

Terrence Musekiwa at OMI
Selected from 1000+ applications and two years in the making (the USA wouldn’t grant him a visa the first 5 attempts), Terrence is currently completing the prestigious Art OMI residency program.
June 14 – July 9, 2018

Terrence Musekiwa in ARTNEWS
“He’s able to create these very expressive faces, and then the rest of the body acts as a profile of what’s being brought to and thrown away in Zimbabwe.”
5.3.2018

Terrence Musekiwa in ARTNEWS
“The solo exhibition is the Zimbabwean artist’s first in the United States.”
11.27.2017

Terrence Musekiwa in Hyperallergic
“Musekiwa has managed to create a prescient set of sculptures, which, especially in light of recent events, offer a glimpse into a more optimistic future.” – Robin Scher
11.21.2017

Terrence Musekiwa at The Watermill Center
8.14.2016