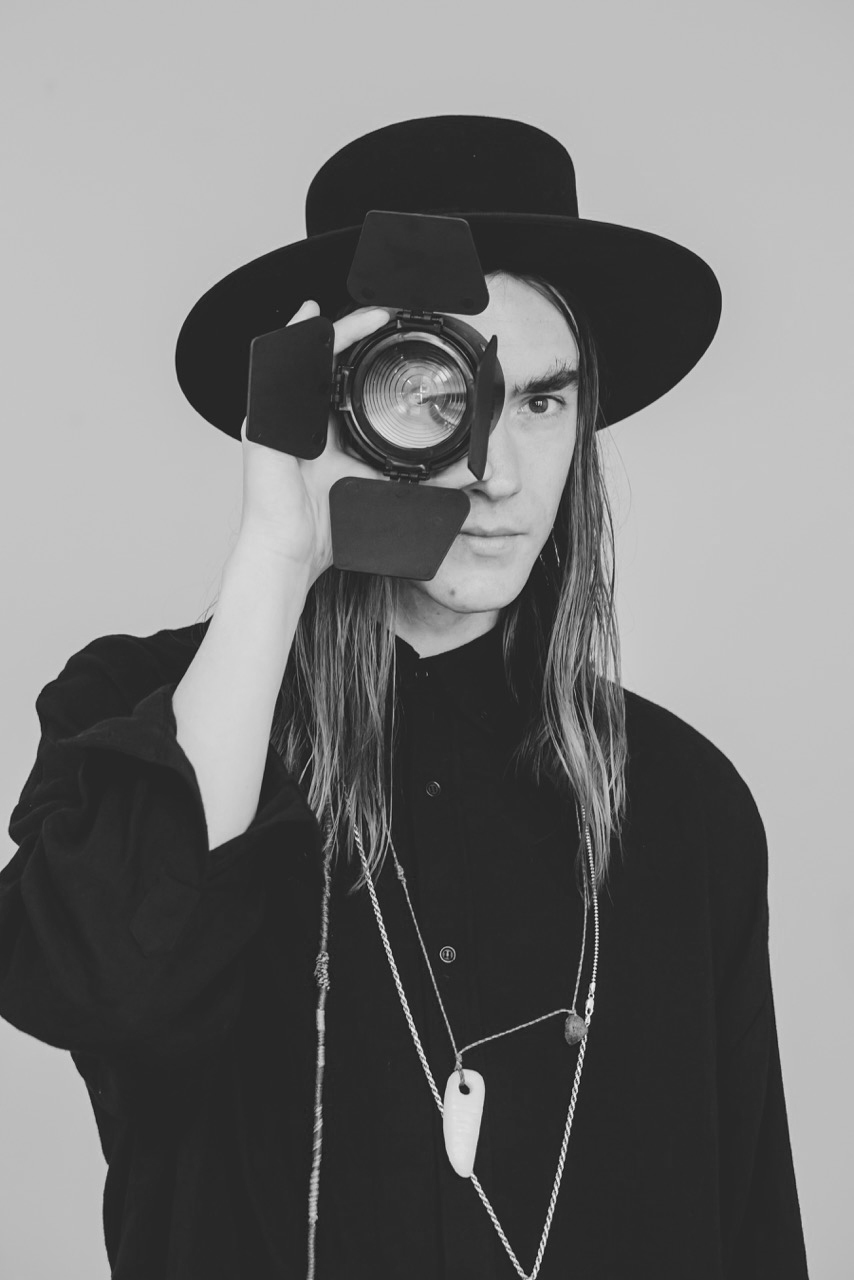 JUSTIN ORVIS STEIMER (b. 1981, Colorado, USA)
Justin Orvis Steimer’s work has been developed as a series of responses to invisible sources that have been excluded from scientific versions of reality. With freehand lines and forms he transposes space, time, sound and presence to offer a channeled truth. He makes canvases from materials found in the places he renders, or given to him by the subjects of his portraits; the pre-existing color, texture and geometry affecting the finished result.

He often collaborates with practitioners from different fields such as musicians, astronomers, shamen, or other artists who contribute to determine the identity of each work.

Steimer earned his BFA in painting from the University of Colorado in 2004. He made his museum debut in 2016 at the National Gallery of Zimbabwe. Steimer is a co-founder of the CTG Collective.
​

BORN 1981 IN COLORADO, USA
LIVES AND WORKS IN BROOKLYN, NY

BFA University of Colorado at Boulder

The Guardian and The Builder (with Terrence Musekiwa), Catinca Tabacaru, Harare

have you ever wondered what a soul looks like?, Catinca Tabacaru, New York (solo)

CTG-R: Finland in collaboration with the Serlachius Museum, Finland (upcoming)

Justin Orvis Steimer in The Huffington Post
“He is a humble, soft spoken artist with invaluable insight and understanding of the human existence.”
10.8.2016

Justin Orvis Steimer in Whitewall Magazine
“The series continues Steimer’s exploration of the spirit, translating energy into an ever-evolving vocabulary.”
10.6.2016

Devotion in Modern Painters | BLOUIN ARTINFO (Print)
“These works literally glitter and sparkle, and in this context blend a quasi-solemnity with a sense of glistening light.” – Charles M. Schultz
March 2016