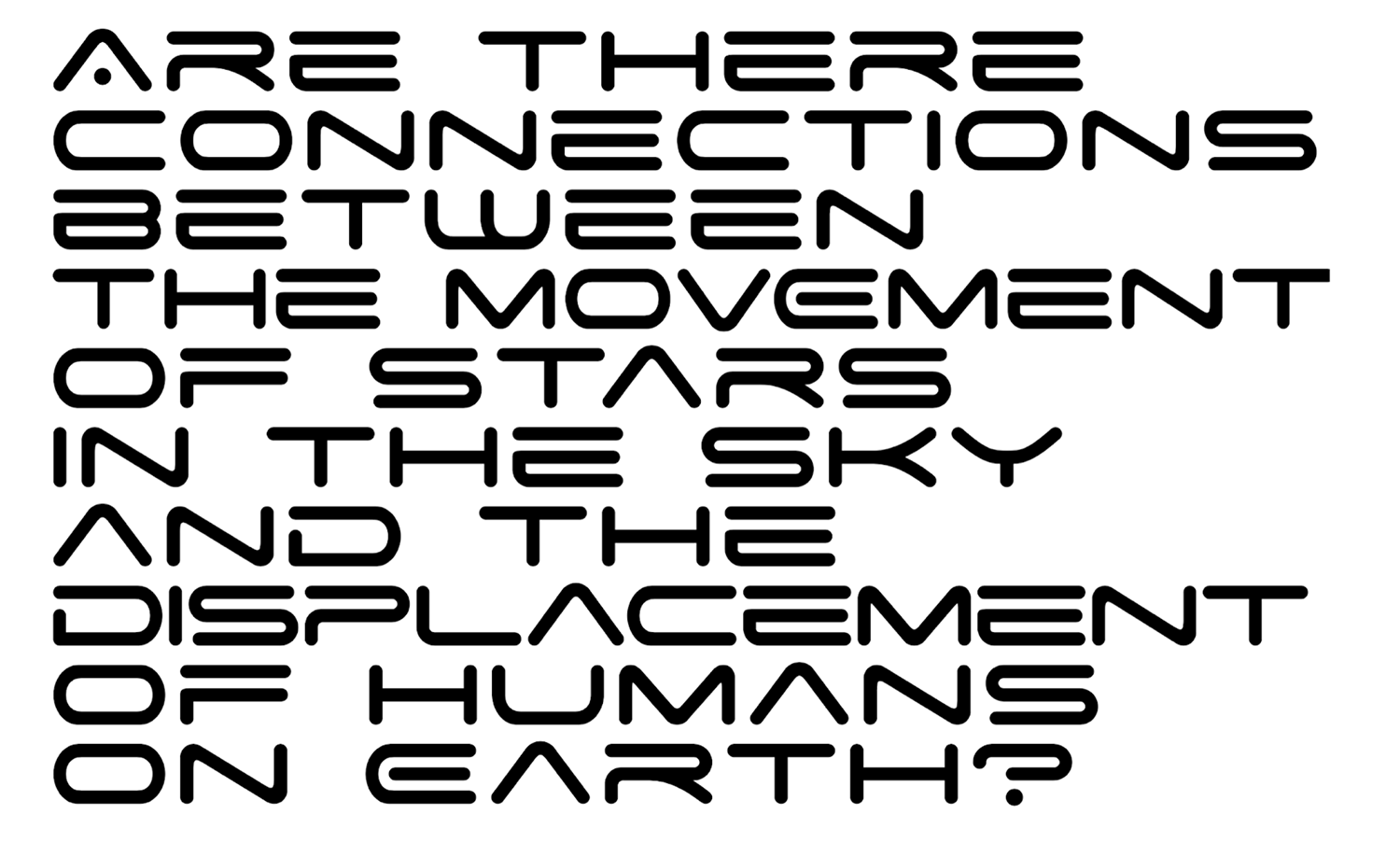 Rachel Monosov’s exhibition borrows its title, It’s All Written In The Stars, from the short film at its core. With elements of science fiction and autobiography, the Monosov sisters, Rachel and Maria, who wrote, directed, and starred in the video work, return to their childhood home. The long journey is intercepted with possible memories of a forgotten girlhood in Bukova, a small village in the Zelenchukskiy province of Russia. This remote town burgeoned around the Special Astrophysical Observatory (SAO), home to what was for several years the world’s largest single primary mirror optical reflecting telescope. To return in 2019 is an experience of going back in time, to a place where time appears to have stopped upon the collapse of the USSR in 1989. It’s All Written In The Stars slowly reveals complicated social etiquettes and unsettling agendas. As the estranged sisters try to reconstruct a forgotten past, fragments of memory offer possible utopian futures. 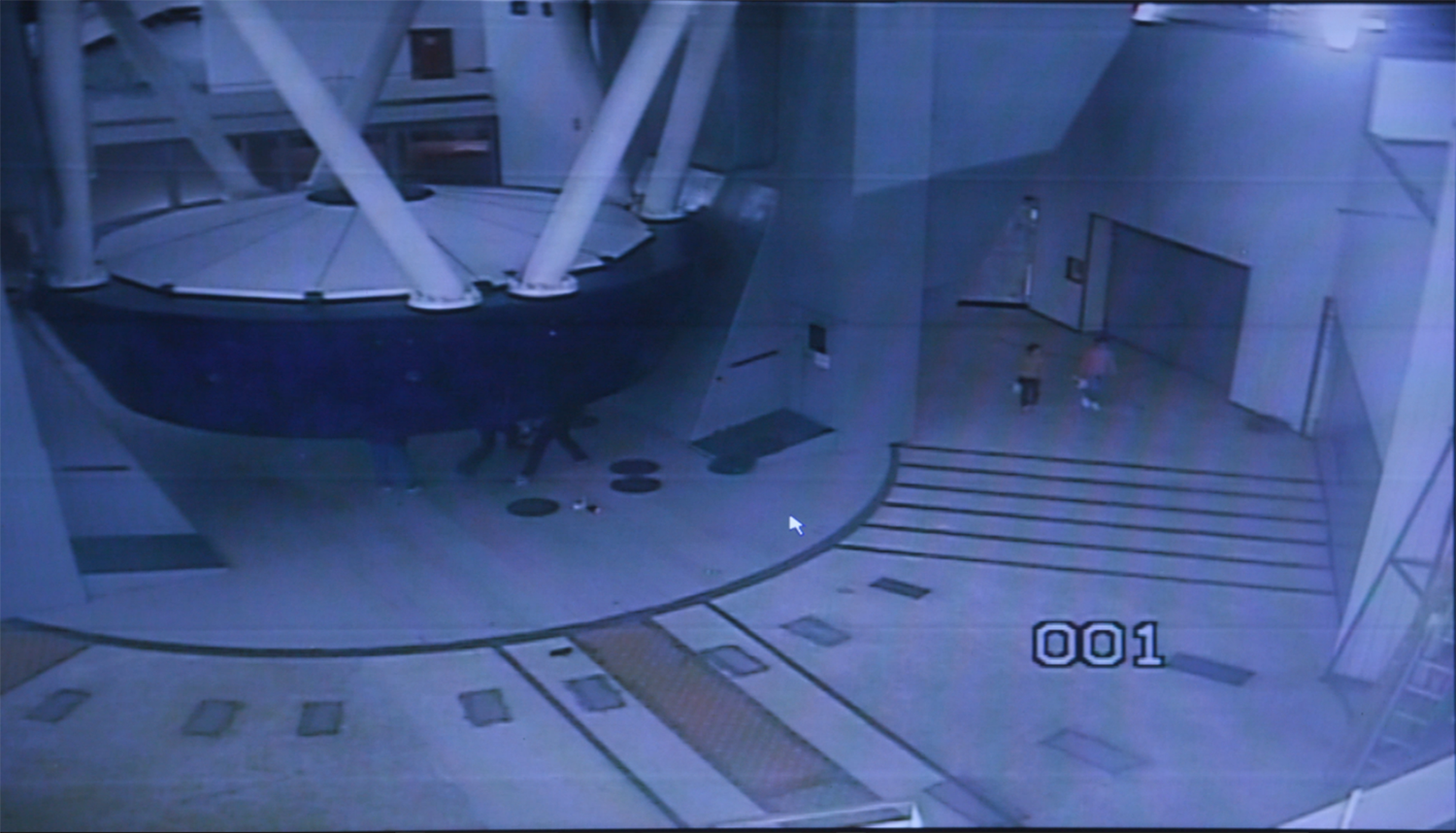 Dys(U)topian philosophies come as no surprise in today’s world. We live in a time when the uncertainty of our future is part of our daily state. We spend billions developing the potential for living on Mars. The film emphasizes our ecosystem’s loneliness, isolation, and the search for other planets as possible solutions to our own existence.

It’s All Written In The Stars is a story about migration in the broader sense of the word. We are not just talking about moving from one location to another, from one planet to another, but moving inside oneself, into different layers of the inner world. But, like astronomy tries to study the universe from one point on our small planet, the heroes of this film try to explore their universe from one point: the space and time in which they are NOW. These attempts at understanding their true identity, at reconnecting, are revealed to be futile movements inside a closed location, unable to offer confirmation of the sisters’ existence.

As the film connects phenomena in the cosmos to different layers of the inner world, the concept returns to physicality, expanding to the displacement of people on Earth. It is typical of Rachel Monosov’s work to move from autobiographical footnotes, to large socio-political and historical events. The sisters’ father, who emigrated from Russia to Israel in 1990, becomes but one of the millions of immigrants, refugees and stateless people living today.

I myself am writing these words during a challenging moment, far from New York City which I called home for over a decade, and where I founded the Gallery in 2014. We now settle into a new space and community in Bucharest. Like the sisters of the film, I have returned to the country of my birth, seeing it with my foreign eyes, trying to find the Romanian core in my international adult self. This exercise has been engulfed by the spread of the coronavirus which inundates our reality. The pandemic forces change, self-assessment, and new rules. It’s All Written in the Stars could not have come at a better time to assist us in experiencing this pervasive uncertainty and loneliness, but also its shadow: the possibilities of reconnecting with ourselves and others.

This exhibition marks the inaugural Opening of Galeria Catinca Tabacaru, our new space in Bucharest. Rachel Monosov is the first artist to tackle the multiple-room format of the gallery. Her multimedia works are informed by research on nostalgia for the 20th-century Space Race; her materials and symbols imply associations to a post-USSR era contextualized within current times. This layered meaning is characteristic of Monosov’s works, often springing into multiple directions ranging from politics to philosophy to poetry.

The exhibition is accompanied by a publication including interviews with prominent astronomers R. Brent Tully, Bruce Elmegreen and Olga Silchenko. 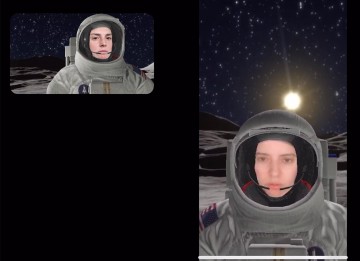 Multidisciplinary artist Rachel Monosov delves into cultural notions of alienation, territorial belonging, and identity, as she reflects a rootless present rife with broader social implications. Her work has been included in exhibitions at BOZAR and Museum Dhondt-Dhaenens in Belgium, Kunsthaus Hamburg and Bundeskunsthalle Bonn in Germany, Serlachius Museums in Finland, Palazzo delle Esposizioni and Villa Massimo in Rome; and in three international Biennales: 11th Bamako Biennale, 13th Biennale of Dakar, and the Zimbabwe Pavilion at the 57th Venice Biennale. In 2019, she mounted her first solo museum exhibition at Tarble Arts Center in Illinois. She was awarded the German Academy in Rome Praxis Stipendium, the Northern Trust Purchase Prize, has been supported by the Goethe Institute, and was shortlisted for the Mack First Book Award. Her work has been acquired into the permanent collections of The Art Institute of Chicago, Block Museum at Northwestern University, and the National Gallery of Zimbabwe.

Rachel Monosov is a co-founder of the CTG Collective, she was born in St. Petersburg, grew up in Jerusalem, completed her MFAs in Ghent, and currently lives and works in Berlin.