A work of performance and photography, 1972 offers an archive of images and text documenting the imagined interracial marriage of a Jewish woman and a Zimbabwean man in rural Zimbabwe in 1972. In reality, 1972 was a tumultuous year in Zimbabwe, as a guerrilla-style war of independence escalated and the intermingling of the races was challenged and driven underground by social pressures and government intervention. Together, the photographs and cards, rendered in a style drawn from the past, attest to an intimate personal and domestic narrative, a story “both believable and unbelievable at the same time,” says Monosov. The black and white prints also serve as photographic self-portraits, as in the course of their creation the artists married, lived together, and built a house in Zimbabwe.

“1972 is complex and visually acute. It asks us to think about the interaction of words and photographic images, whether in a photo album, a newspaper, or an archive. We’re extremely excited to bring it into the Block’s collection, where it will be seen in juxtaposition to the extraordinary collection of early and mid-20th-century photographs and photo albums in the collection of the University’s Melville J. Herskovits Library of African Studies.”
— Kathleen Bickford Berzock, the Block’s Associate Director of Curatorial Affairs. 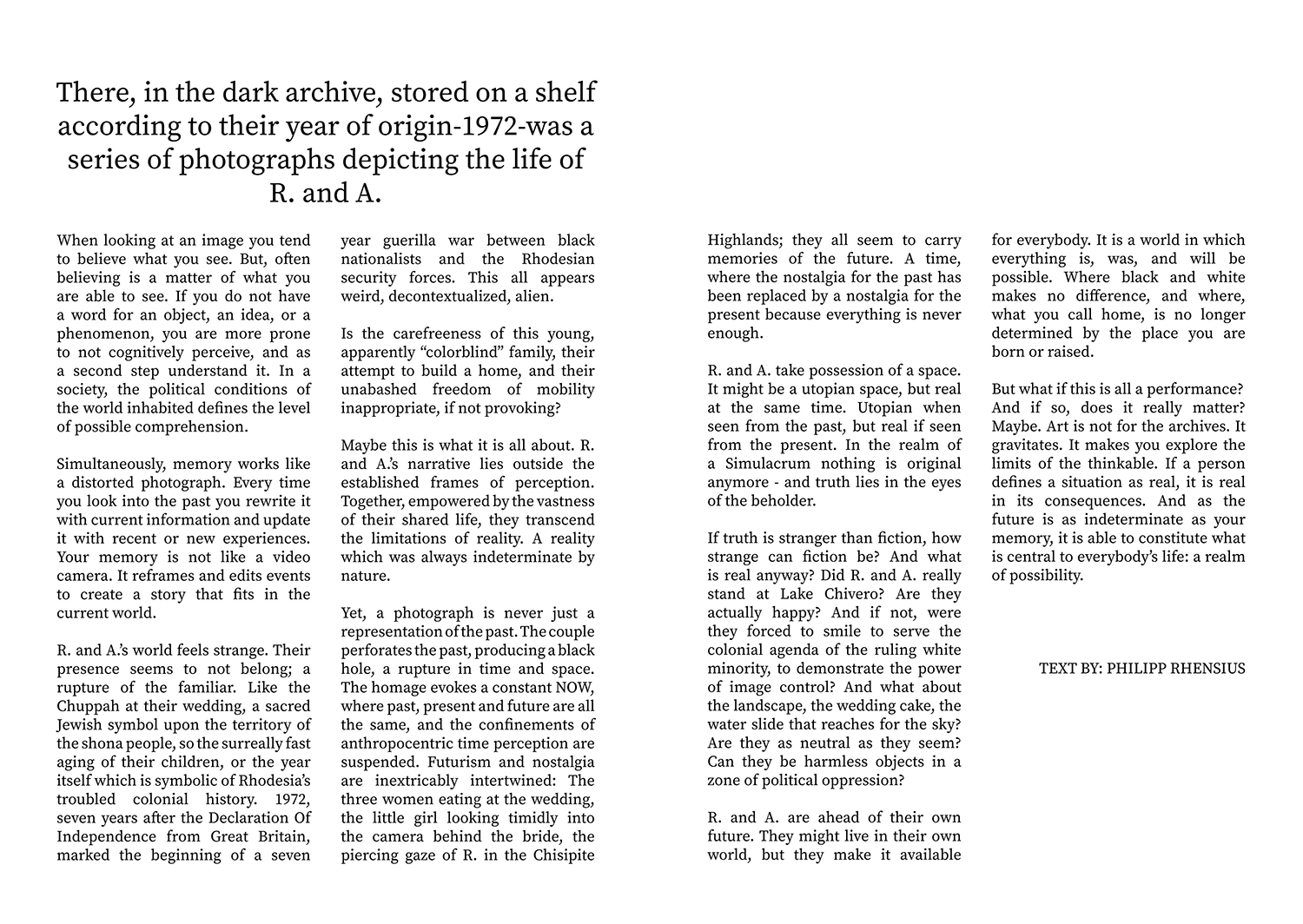